Summary: LEEP and the Environment Protection Agency of Sierra Leone (EPA-SL) recently conducted a study to determine the lead content of paints in Sierra Leone. Results showed that 9 out of 19 (47%) samples of solvent-based paint for home use, obtained in Freetown, contained dangerously high levels of lead (greater than 90ppm lead). The highest lead content detected was 32,000ppm. EPA-SL is currently drafting regulations to prevent the manufacture, sale, and import of lead-based paints. EPA-SL and LEEP have signed a Memorandum of Understanding that outlines their ongoing partnership on this project.

In March 2022, the Environment Protection Agency of Sierra Leone (EPA-SL) and LEEP jointly conducted a paint testing study to determine the lead content of paints available to purchase in Sierra Leone.

Lead has toxic effects on almost all body systems and is especially harmful for children and pregnant women. Globally, lead paint is an important source of lead poisoning. As lead paint ages it starts to decay, fragmenting into flakes and dust that contaminates the environment and may be ingested, particularly by young children.

EPA-SL and LEEP tested paints manufactured and imported to Sierra Leone to determine – for the first time – if paint is a source of lead exposure in the country.

Nineteen (19) cans of solvent-based paints intended for home use were obtained in March 2022 from stores and factories in Freetown, Sierra Leone. Over 20 hardware and paint stores were visited to ensure all main brands were included. Seven brands were identified; eleven of the samples were from four locally manufactured brands and the other eight were from three imported brands. Where available, white, yellow and red paint from cans labelled as being from each brand were purchased. If these colours were not available, similar colours were purchased.

Eight (8) cans of water-based paint from three locally manufactured brands were also obtained. Water-based paint is much less likely to contain high levels of lead (Apanpa-Qasim et al., 2016), so this type was not sampled as extensively. 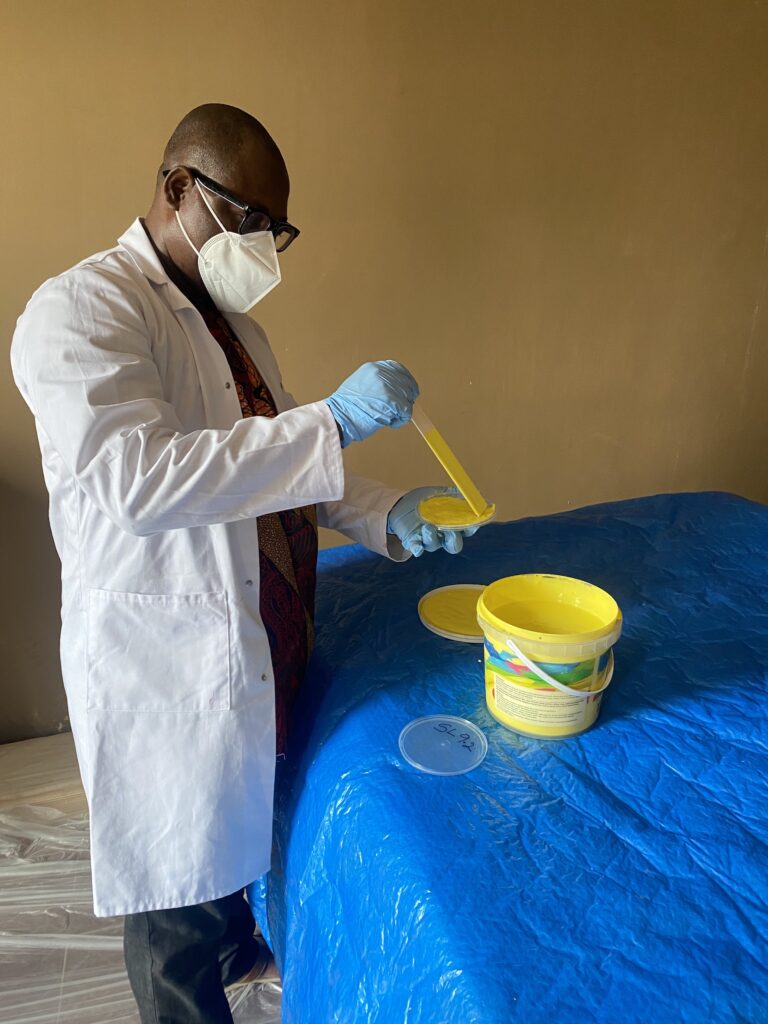 All paints were analysed by a laboratory at the University of Wisconsin, USA for lead content based on dry weight using inductively coupled plasma atomic emission spectrometry. The laboratory is accredited by the American Industrial Hygiene Association (AIHA) and it participates in the Environmental Lead Proficiency Analytical Testing program (ELPAT). The laboratory’s analytical methods and certifications are consistent with those recommended by the World Health Organisation for measuring lead in paint.

Lead content of the 19 samples of solvent-based paints. 90ppm is the maximum limit recommended by the World Health Organization.

High levels of lead were found in both coloured (red and yellow) and white paints. This indicates that lead pigments and/or lead driers may be the source of lead.

Proportion of paints that are lead paints (lead content >90ppm) by colour, of the 19 analysed solvent-based samples.

Of the eight samples of water-based paints, one had a lead content slightly higher than the recommended 90ppm limit, at 100ppm. All other samples (87%) were below 60ppm (the limit reported by the laboratory).

Working with stakeholders across government, industry and society, EPA-SL is drafting regulations to prevent the manufacture, sale, and import of lead-based paints. The results of this study will serve as a baseline prior to regulation being promulgated and EPA-SL will continue to monitor levels of lead in paint. EPA-SL and LEEP have signed a Memorandum of Understanding that outlines their ongoing partnership on this project. This study is an important step towards protecting the health of the people and the environment in Sierra Leone from lead exposure from paint. 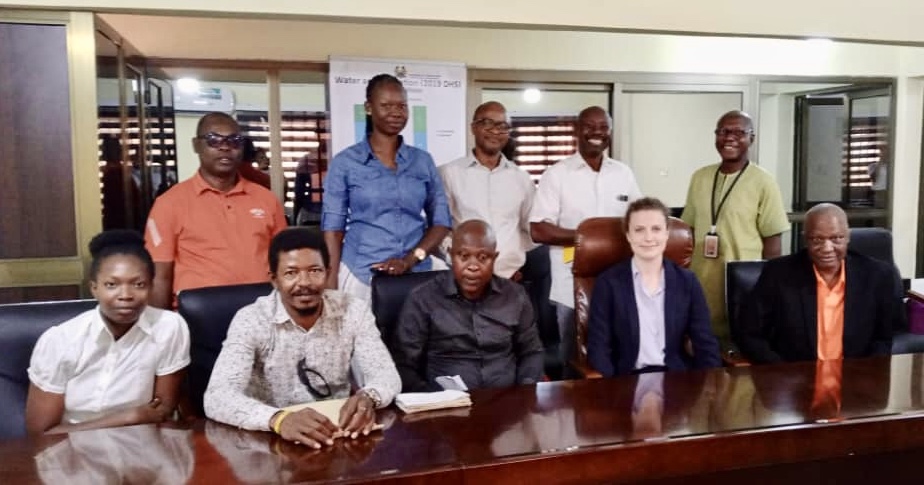 Meeting with government stakeholders – including representatives from EPA-SL, the Ministry of Environment, the Standards Bureau, the Consumer Protection Agency and the Office for National Security – and LEEP in March 2022.

Acknowledgements: LEEP thanks the fantastic team at EPA-SL for their dedication and collaboration, as well as partners at the Global Alliance to Eliminate Lead Paint and our funders.